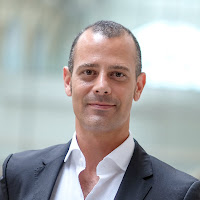 For our 20th Silicon Global Online episode, Ask a VC Anything, our featured guest was Nazar Yasin, Founder and Managing Partner at Rise Capital. See these 10 takeaways from our discussion about exciting trends coming out of emerging markets.

·        It is common for funds in emerging markets to do a Series A and then a follow on Series B for portfolio companies. Rise reserves $2 for the Series B of every $1 for the Series A in these cases.

·       Rise takes a 5-25% equity stake in its portfolio companies and a board or board observer seat. “There is no such thing as a successful passive investor in emerging markets. It does not exist,” Yasin notes.

·       Founders must be able to adapt when a successful startup scales up. The right person needs to be in place at the top to do so.

·       In addition, surrounding the CEO with people of differing perspectives and expertise is a marker of successful companies.

·       Investing in emerging markets such as Latin America, Africa, the Middle East, India, and Southeast Asia is a new asset class.

·       To illustrate this, Latin America is roughly 45% of China in terms of GDP and population but the number of firms who can lead or co-lead a Series A or B is low enough to “count on two hands” (including Rise Capital).

·       Gokada provides drivers with a “Business in a Box” that works well in light of Africa’s poor road conditions.  This box includes a brand-new motorbike, a Department of Transportation Certificate, and a smartphone.

·       The driver pays Gokada a daily subscription fee to be part of the service, and after two years the driver has a fully paid off motorbike and their own business. Gokada drivers in Nigeria make 3x the average salary of other workers.

·       Internally, Rise Capital deals with the issue of actually not taking enough risk. There’s also the risk of not picking the “right horses,” coming out of certain emerging markets.

·       Trillions of dollars in market cap being created in the internet sector coming from emerging markets in the next ten years.

·       Africa, Latin America, and Southeast Asia markets see China’s quick and massive GDP creation from the internet sector and look to emulate China more than the US.

·       Actions like India’s ban on Tik Tok and other foreign companies help bolster this strategy in efforts to spur growth in local startups.

·       Large Chinese tech companies are not crowding out the market for startups in Southeast Asia and other emerging markets. They actually make great exit partners.

·       The world hit peak globalization five or even ten years ago. Since then, it has continued to grow more nationalistic.

·       Nationalism trends have helped Rise Capital in some ways. Sovereign wealth funds from the countries that Rise invests in tend to become LPs.

·       There probably won’t be another Jack Ma. Due to the raw GDP Ma was able to acquire in China, all under one umbrella, Alibaba’s feat may never be duplicated. But there will be mini Jack Ma’s coming out of emerging markets.

·       One of them is Careem Founder and CEO Mudassir Sheikha who has transformed the lives of hundreds of thousands of families in the Middle East by helping them create their own businesses. Careem (which Rise Capital funded) was acquired by Uber in 2019 for $3.1 billion, one of the largest exits ever in the Middle East.

·       “There is no way you can be a successful VC without having run or been an executive at a successful company yourself.”

·       He also recommends obtaining financial knowledge of how businesses work, even if it’s not from an MBA or CFA.

·       Lastly, it’s incredibly important that if you can join a successful startup, do it, don’t worry about your position.

Nazar Yasin is a Founder and Managing Partner at Rise Capital in Silicon Valley. Nazar is a seasoned entrepreneur and venture capitalist in emerging markets. He is a firm believer that technology entrepreneurs in emerging markets will become some of the most impactful individuals in the world over the coming years.

Nazar began his career at Goldman Sachs, where he led the firm’s internet investment banking activities across the EMEA region. He then served as the CEO of Forticom, a $1 Billion+ market value social networking business in Russia, CIS, and Eastern Europe that was acquired by a consortium of Mail.ru (LSE: MAIL), Naspers (JSE: NPN), and Tencent (HK: 0700).

After his successful exit as an entrepreneur, he became a VC, first at Tiger Global in 2010 for three years. In 2013, he formed Rise Capital in San Francisco, where he has backed several high-growth technology startups across Latin America, the Middle East, Africa, and Asia.

Nazar holds an MBA and JD from Northwestern University, and a BS in Industrial Engineering from Georgia Institute of Technology.