For this 29th episode of Ask a VC Anything, our featured guest was Founders Space founder and CEO Steve Hoffman (Capt’n Hoff). In this discussion with Silicon Dragon’s Rebecca Fannin, we covered Hoffman’s constantly changing career path, his views on bootstrapping and giving away equity, and how the largely global business at Founders Space has adapted to Covid-19. See Silicon Dragon video of the show with Steve and Rebecca.

Hoffman has been an angel investor, an LP, serial entrepreneur, game developer, author, and a TV executive before creating Founders Space. He notes, “I’ve had more careers than cats have lives,” but of all of his experiences, he is most passionate about what he’s doing right now. Hoffman is the CEO of Founders Space, a global startup incubator and accelerator with over 50 partners in 22 countries. Before Covid-19, Hoffman was travelling 70% of the time, between countries, and he actually narrowly missed being in Wuhan for a book signing where the original outbreak of Covid-19 happened.

He is an early-stage investor, so companies that he invests in sometimes don’t have revenue, or even users. He puts a large emphasis on the team. Smart people that are open to ideas and exploration will make up a great team. Hoffman is based in Silicon Valley, and Founders Space has five incubators in China.

Hoffman mostly invests in software because it’s easier to scale, retain customers, and monetize. Sometimes they’ll invest in hardware with a strong software complement.  Hoffman continues to be impressed by everything eCommerce and social related coming out of China. Citing the growing buying power of the middle class, established companies like Alibaba, TikTok, WeChat (Tencent), and Pinduoduo are on the cutting edge of their respective industries with massive potential for years to come. Hoffman also notes that cleantech is well-backed by the Chinese government. He adds that it might be easier to be a startup in the industry under the new Biden administration than the previous one. Hoffman remains positive on China in almost every tech sector.

Positive views about Silicon Valley remaining the gold standard of tech hubs has been waning.  But Hoffman doesn’t see its status at the top of the food chain changing any time soon. “People like to be in proximity to other people with ideas, and money, and with talent. They have an abundance of that in Silicon Valley now.” He does list Austin, Miami, New York, and Boston as up-and-coming tech hubs, each with their own specialties. Hoffman notes, “the reason cities are big is because ambitious people tend to gravitate towards the geographic place where they can maximize their opportunity.”

Bootstrapping
With the rough estimate that 95% of startups will fail, Hoffman urges entrepreneurs to think twice about taking money from friends or family. Hoffman also warns to take the hints from the market, “if one of these educated angels will not give you money, there’s something wrong with your business”. If you are going to bootstrap, make sure it can be done with a small team of people, and just their time and talent. Although it isn’t the most common, successes like Mailchimp and Salesforce were bootstrapped startups in the beginning. Hoffman also bootstrapped his first startup.

Equity
Hoffman acknowledges that the way equity in a company is handled differs depending on where you are in the world. For example, in China, it is expected that the CEO and Chairman keep most of the equity. However, in the U.S., there is a much larger percent of equity given to investors and employees. Hoffman feels strongly that, “whatever culture you’re in, you need to reward people in relationship to their expectations, if you want to retain them.” He believes that one employee can be worth, two, three or even five times a mediocre one! If you have someone that you know is that good, pay up to keep them. Sometimes that means giving them equity.

Bio:
Steven Hoffman, or Capt’n Hoff as he's called in Silicon Valley, is the chairman and CEO of Founders Space (FoundersSpace.com), one of the world's leading incubators and accelerators. He’s also an angel investor, limited partner at August Capital, serial entrepreneur, and author of several entrepreneurial books, including his upcoming title, Surviving A Startup.
A former Hollywood TV development executive and founder of two venture-backed gaming and entertainment apps in Silicon Valley, Hoffman went on to launch Founders Space, with the mission to educate and accelerate entrepreneurs. Founders Space has become one of the top startup accelerators in the world, training startup founders and corporate executives in the art of innovation.
Hoffman has a bachelor’s degree in Electrical Computer Engineering from University of California, Santa Barbara as well as a master’s degree in Cinema Television from University of Southern California. 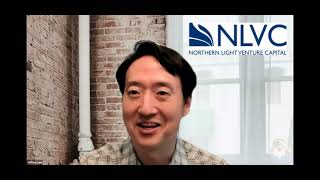 For this 28th episode of Ask a VC Anything, our featured guests were VCs Jeffrey Lee and Fiona Yu, both with Northern Light Venture Capital (NLVC).  In a wide-ranging conversation with Silicon Dragon’s Rebecca Fannin, we honed in on NLVC’s investment approach, its successful portfolio companies in China and Korea, and the firm’s focus on healthcare investing, particularly in China. We also covered how Covid is impacting the VC firm’s dealflow.
See Silicon Dragon channel on YouTube for a replay of the session.

An Entrepreneur’s VC
“We are super passionate about early-stage, we don’t fear the lack of revenue, we don’t fear the lack of incorporation,” said Lee, during our fireside chat, outlining NLVC’s investment focus. “You really want to be the people behind the stars, the stars are the entrepreneurs,” he added, echoing another plank of the firm’s strategy, shaped initially by NLVC founder Feng Deng.
As an example, one of the firm’s top deals was China’s group buying superapp Meituan. Founded by CEO Wang Xing, Meituan jumped in as the 3rd or 4th player to capitalize on China’s group-buying craze. It was a fourth startup for Xing, who was known as the cloner of other Internet business ideas.
Lee chronicles that at times, NLVC didn’t know if Meituan would make it to their next stage. But today, in a sign of what’s possible in China tech and venture, Meituan is a public company trading for more than $250 billion.
Background on Meituan and its founder can be found in Rebecca Fannin’s book, Tech Titans of China.

Hot Healthcare In China
Seeing exciting trends in China healthcare, NLVC began enhancing its healthcare investment in the sector five years ago. One-third of the firm’s portfolio deals are in healthcare. Across the firm’s 30 medtech portfolio companies, only 20 percent have FDA approval. To partner Yu based in Shanghai, this signals that investors in China are up to taking more risk on early-stage healthcare investments. While the firm typically avoids deals that involve such controversial issues as personal data collection and genomics, the NLVC partners both view the China/Hong Kong healthcare market, and overall economies, as stronger than that of the U.S. right now.

Post 90s Deals
The firm is keen on investments in deals positioned for the “Post 90s,” referring to an urban generation born between 1990 and 1999. In a rundown of post 90s online shopping leaders in China, Yu noted: Alibaba is still the biggest engine to buy things, JD is the biggest for grocery, while Kuaishou, a Chinese equivalent to TikTok, offers a buying option on a social media platform.

Korea Tech
The VC firm’s Korean portfolio company Picky is an example of a post 90s generation play. Jumping on the mega-trend of K-Beauty, Picky is a mobile-first content platform providing customers with authentic information in the $250 billion global beauty space.
To capitalize on the growing opportunity in Korean tech, the firm is looking to raise a Korea-specific fund.

Groundbreaker Female VC
Yu is NLVC’s first female investment partner. She has overseen 16 deals over the past seven years, stemming from her start as an intern, to an associate, all the way to her newly minted partner title. Although China is regarded as having more female VC’s on average than the U.S., Yu is aware of the impact she can make on the industry, particularly considering her expertise in healthcare investing in China.

Dealflow: In Person Meetings Still Count
With the adoption of Zoom, Lee points out that it’s now easier for the firm to get initial and follow-on meetings from referrals. Yu remarks that China entrepreneurs and VC’s have had to get extra comfortable conducting business over WeChat and Zoom, but she notes that China’s quicker response to Covid-19 leaves open the possibility for in-person meetings. She believes that face-to-face meetings cannot be completely replaced with Zoom calls.

The pandemic caused several portfolio companies to pivot. An example within NLVC’s portfolio is Coyote, which is focused on breakthrough innovations in molecular diagnostics that brings complex clinical testing directly to the patient. Coyote created 30-minute point-of-contact Covid-19 tests with equipment the size of a carry-on bag. The tests were accessible at airports, hotels, and other public places to quickly test large numbers of people.

Jeffrey Lee has been involved in technology venture capital and entrepreneurship for 20 years with a primary focus on North Asia. He is a Managing Director at Northern Light Venture Capital, an early-stage technology fund focusing on opportunities in China, which he co-founded in 2005 with Feng Dent. At NLVC, Jeffrey chairs the investment committee and oversees strategic planning, investor relations, and value-add activities for the portfolio.
Previously, Jeffrey worked in strategic and product marketing at Agilent Technologies Wireless Semiconductor Division, the predecessor of Broadcom Limited (NASDAQ: AVGO), working on front-end RF components for high-speed wireless networks. This opportunity stemmed from running business development at Wavics Inc., a venture-backed startup developing advanced GaAs wireless components that was acquired by Agilent.
Earlier in his career, Jeff co-founded an early-stage venture fund focused on South Korea, Newton Technology Partners. Jeff began his career in TMT corporate advisory at Salomon Smith Barney and Jardine Fleming, a Hong Kong-UK based merchant bank.
Jeffrey received an AB in economics from Harvard University and an MBA from the Wharton School of the University of Pennsylvania.

Fiona Yu joined Northern Light Venture Capital in 2014, bringing her 10-plus years of experience and understanding of the healthcare industry, as well as strategic consulting skill set to the firm. Prior to NLVC, Fiona worked for Johnson & Johnson for more than seven years. She also worked in Monitor Deloitte, serving local and multi-national healthcare companies on strategic consulting.
Fiona holds a BS degree from Beijing University of Aeronautics and Astronautics, and an MBA from Duke University.

Summarized by Silicon Dragon contributor Mike Weiss
Posted by Rebecca A. Fannin at 10:04 AM