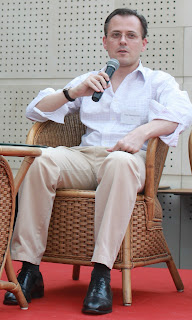 Tech Gets Exciting in India, 5 Years Behind China 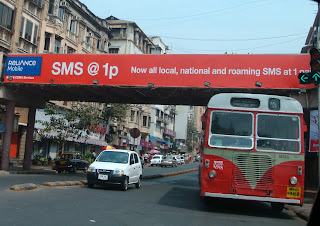 The only other tech market in Asia that is halfway as exciting as China is India. It has the promise to close the gap with China but is no match yet. India’s mobile market is large, venture spending is vibrant, and high-profile IPOs such as MakeMyTrip are happening, with more on the way soon from up such swift up and comers as mobile ad service inMobi and PC help center iYogi.

Plus, India has proven it is rich in R&D and a lot more than outsourcing. Even so, red tape and poor infrastructure hold back the entrepreneurial spirit here. Investors Bill Draper, Lip-Bu Tan, and Sumir Chadha did the trailblazing in India. Today India’s venture leaders such as Ashish Gupta and Sudhir Sethi are looking for the next, new thing in mesmerizing India – the world’s second-fastest-growing economy and Asia’s third-largest economy.

At IDG Ventures in Bangalore, I met with Sethi, who is chairman and managing director and runs the tech media company’s $150 million India fund. It’s one of five funds in the IDG Ventures network established by Pat McGovern, the visionary founder and chairman of International Data Group in Boston. If a strategy works in one locale, then IDG works to bring the formula to startups in other places. China has proven to be a gold mine for IDG, where it’s made multimillion-dollar returns from early investments and successful IPOs of instant-messaging service Tencent and search engine Baidu. India could be next.

During a trip to India, I met founders of startups with advances for everything from detecting lung cancer at an earlier stage to recycling electronic waste in a cost-effective way, to bringing solar power to villagers, to offering superfast mobile searches, to three-dimensional online games, to robotic-powered vacuum cleaners. India’s also become a mecca for low-cost and sometimes jerry-rigged inventions—in Hindi, jugaad. Tata Motors’ tiny Nano car at an itty-bitty price tag of $2,500 and the Indian government-backed tablet computer selling for $35 are some examples. So is my favorite find: a Nokia cell phone with a built-in flashlight. India may not have a Google, Apple, Baidu, or Tencent yet, but it is moving into more technical work than writing software and answering phones.

Yet India’s entrepreneurial journey is at least five years behind China’s path. There’s no Jack Ma or Robin Li in sight or a big-time IPO like Youku. India lacks the entrepreneurial buzz and fast pace of China tech clusters. Indian entrepreneurship has been led by grassroots efforts, and the government hasn’t always been venture friendly.

If India is ever to break through, it needs to ditch an image as just for outsourcing or low-cost engineering and business services—a major challenge for the world leader of the booming $500 billion global outsourcing market. But India could eventually become a tech minipower and grab some of the limelight from China. Contemporary corporate centers such as Whitefield on the outskirts of Bangalore and the Gurgaon satellite city in Delhi showcase that India is rising.