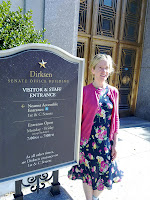 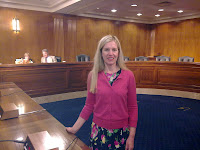 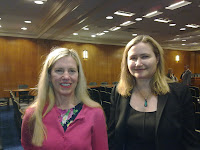 I had never been called a Communist until I testified at a hearing on Capitol Hill.
The hearing in late June was on "China's Information Control Practices and its implications for the U.S." U.S.-China Economic and Security Review Commissioner Carolyn Bartholomew was introducing me as an expert on China's leading search engine company, Baidu.com, and the Internet. What she meant to say was that I am a "columnist" for Forbes--a slip of tongue she immediately corrected.
That slip-up gave me an insight into the types of politically charged censorship issues that would be raised during the day-long hearing. I tried to present a balanced perspective of the Chinese Internet in a business context and point out how Baidu had modeled itself on Google and opened up the Internet to billions of Chinese. But many of the points I made about Baidu got caught in the political crosswinds over U.S.-China tensions.
The questions I was asked to address included some tough ones:
--Describe the nature of Baidu's relationship with the Chinese Government.
--Explain Baidu's censorship activities.
--How do these activities compare to those of other firms that operate in China?
--What are the implications of American involvement in China's Internet censorship activities?
--Two of Baidu's five directors are American, American investors provided much of the startup capital for the company, and U.S. institutional investors own significant stakes in it. Is Baidu, therefore, something of an American organization? If so, what is its responsibility for Internet censorship?
--Explain how Google's recent decision to scale back operations in China has affected Baidu and Chinese Internet users.
While I've covered the rise of Internet startups in China as a journalist for more than a decade, these are not the types of issues that regularly come up during my interviews with venture capital investors and entrepreneurs in Beijing, Shanghai and Silicon Valley. I'm used to reporting on the communications boom in China through a business lens.
But it soon became quite clear that the U.S.-China Economic and Security Review Commission, which is charged with submitting an annual report to Congress on the national security implications of trade and economic relations between the two countries, had a political agenda. It provides recommendations to Congress for legislative action.
Commissioner Jeffrey Fiedler started off questioning me by noting that he had invited one of Baidu's American directors--Greg Penner, general partner of Madrone Capital Partners--to testify, but Penner had declined. Fiedler pointed out that Penner moves among the higher reaches of American society and is closely connected to the Wal-Mart Stores fortune through his marriage to a granddaughter of Sam Walton.
I tried to keep focused on the cross-border China-U.S. investment issues that are central to my book, Silicon Dragon. I pointed out that Baidu owed its origins to Silicon Valley's culture of entrepreneurship and was not unlike dozens of startups developed by Western-educated and trained young Chinese who returned to their homeland as China was opening up via economic reforms. Venture capital investment in China-much of it from Silicon Valley's Sand Hill Road-peaked at $10 billion in 2008. Also, China has the world's largest Internet and mobile communications markets, and text messaging is quite routine.
Baidu, like all Internet companies doing business in China, self-censors its content on the Web. Google's recent rumblings over censorship in China--and its decision to redirect searches from inside China to Hong Kong, where it is still subject to the Great Firewall of China but no longer required to censor itself--has strengthened Baidu's financial results and share price. Internet analysts such as Richard Ji of Morgan Stanley are predicting Baidu will capture between 20% and 30% of Google's market share in China. (Google itself has 31% of the Chinese search market.)
Seated next to me at the hearing was Rebecca MacKinnon, a free speech activist and expert on Chinese Internet censorship. As Commissioner Bartholomew correctly pointed out to me during the hearing, MacKinnon's perspective did not match my own. She forcefully argued that American investors in China--institutional investors and private equity financiers alike--should own up to a broader responsibility to invest ethically, whether the issue is human rights, the environment or censorship.
The talk turned to how to deal with Chinese censorship and ethical investing. Commissioner Fiedler asked me if there should be a censorship tax on American companies that invest in countries where speech and information is restricted. My reply was greeted with a frown from Fiedler: It would have to be a very high tax to discourage investment in countries such as China where returns have been outsized in recent years as dozens of Chinese startups have gone public on the Nasdaq and the New York Stock Exchange.
I do agree with MacKinnon that the Chinese people would be worse off if all American companies and investors were to abandon the Chinese Internet. A policy of engagement to work for positive change, rather than withdrawal, will result in the best outcome.
Perhaps in an acknowledgment that my own statements were falling on deaf ears, Commissioner Bartholemew, a California lawyer who was previously chief of staff to House Speaker Nancy Pelosi, pulled me aside to let me know that she was probably the only one on the commission who understood what I meant when I referred to "Sand Hill Road." That did make me feel more at ease for a moment. Even so, I think the issues of censorship, American companies and the Chinese Internet will be with us for many years to come.
Posted by Rebecca A. Fannin at 12:33 PM