Add one more venture-backed IPO with a Greater China tagline to the stockpile accumulating on NASDAQ. This one comes from venture investor WI Harper and managing director Y.K. Chu, who led a $7.5 million financing in the firm three years ago. And, it's in red-hot energy savings sector--yes, you guessed it, another LED deal, SemiLEDs Corp.
I first interviewed the founder of SemiLEDs, Vietnamese native Trung Doan (see photo), in Taiwan about 18 months ago, and he related not only his own interesting international background and his growing number of patents, but the story of his firm's link to Boise, Idaho. Turns out that potato king J.R. Simplot helped to form and invested in SemiLEDs six years ago. We joked then that Boise may some day become known for a different type of chip, the kind that goes into LEDs.
Now, that day has come closr, thanks to the Dec. 9 debut of SemiLEDs on NASDAQ and its 52% increase in value on the opening day of trades. The IPO offered 5.3 million shares, priced at $17 each.
Unlike some mainland China deals that are going public with high valuations before turning a profit (read Youku), SemiLEDs is churning out profits from its operations-$10.8 million based on $35.8 million in revenues.
SemiLEDs has two plants in Taiwan and is ramping up operations in mainland China, leverage a Greater China strategy and presumably lower production costs. The six-year-old startup aims to triple its number of chips from a new, $350 million production facility in Foshan.
WI Harper, like other venture firms, is making a bet on LEDs as the light of the future. The firm has investments in two other Taiwanese firms in the LED business--NeoPac Lighting and Testar Electronics.
Posted by Rebecca A. Fannin at 9:27 AM 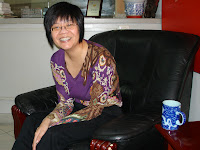 I was at a holiday party recently for DCM, a well-known venture firm in the Valley that has seen a series of IPOs from among its China portfolio — e-commerce retailer and bookseller Dangdang and automotive website BitAuto as the latest examples — when I was asked once again. Why don’t you raise a venture fund? No, really.
I’ve always been terrible at math so I figure anything that has to do with high finance is better left to the numerically gifted. But all joking aside, this isn’t the first time the suggestion has been made.
Maybe I do have a knack for picking promising entrepreneurs and their startups to profile – though I never invest in these startups myself and don’t offer investment advice.
Just this week alone, three venture-backed Chinese tech startups I wrote about in my book Silicon Dragon – e-commerce retailer Dangdang, video sharing site Tudou and an energy savings producer LatticePower — are marking major milestones.
Each is on their way to being the talk of Wall Street as investment prospects: Beijing-based Dangdang for raising $272 million in an IPO and seeing its opening share price soar, video sharing site Tudou from Shanghai for being next in line to go public (following the lead of rival Youku and its share price surge of nearly 110 percent over the IPO) and finally LatticePower for raising $55 million from the IFC to continue developing its breakthrough light-emitting diodes from Nanchang.
Just three years ago, most Chinese startups were unheard of in the West, aside from search engine Baidu and online trading marketplace Alibaba, which were among the earlier wave of Internet startups to make a splash with successful public trading debuts. But now more and more small China businesses are following the lead of these trend-setters a few years ago and being recognized on the global investment stage as attention turns to emerging markets for improved returns.
The sheer numbers of listings and IPOs from mainland China alone is a head turner. So far this year, NASDAQ counts 34 new listings and 15 IPOs from Mainland China while the comparables at NYSE are 24 and 19.
Of the 34 mainland China IPOs this year, 19 are trading upward from their IPO price, with a few showing triple-digit gains such as NASDAQ-listed ChinaCache International and Hisoft Technology. Most of these startups have venture capital support, and from such leaders as Sequoia Capital, which alone is an investor in four of the newly traded Chinese companies on U.S. exchanges.
I wasn’t too surprised by Dangdang’s impressive opening day of trading. I recall interviewing co-founder Peggy YuYu back in 2007 for my book, when she and her husband were establishing the online bookseller. Then, I had been impressed by her quiet determination and keen intellect. Since that initial interview, she wisely kept a low profile, taking a cue from DCM investor David Chao to stay focused on fast and profitable growth of the startup and not get distracted by the noise of China’s booming marketplace.
The ten-year-old startup turned a profit last year. Moreover, it solidified its lead in the Chinese marketplace over an Amazon-owned rival, Joyo.com – thanks to micro-management of the business details – like relying on bicycle couriers to deliver orders — and Peggy’s own flair for merchandising in moving Dangdang from an online bookseller to an e-commerce retailer with a range of popular goods.
Next in line for an IPO among the Silicon Dragon startups is video sharing site Tudou.com.
Founder and CEO Gary Wang is another returnee who, like Peggy, got his education and work experience in the West before moving back to his homeland about a decade ago to try his own business – albeit both versions of business ideas that were proving successful in the U.S.
Over the past decade, these and many other Chinese startups have evolved quickly, and judging from insights I’ve gained from interviews with their founders, investors and competitors, are measuring up to the best from Silicon Valley.
Now, I’m spotting a new trend as Chinese entrepreneurs go to the next level and begin to show enough confidence to come up with new ideas and innovations – no longer just close copies of U.S. originals.
LatticePower, started by a physicist with skills and experience honed in China, is a good example of this new trend with its breakthrough technology for making a highly efficient source of light. I went to tour LatticePower in Nanchang and can still hear Sonny Wu, the investor at GSR Ventures, telling me that LatticePower will be a “billions” IPO.
That may be an exaggeration, but it’s clear that Chinese startups are maturing – and fast. They are beginning to set their own standards – be it on Wall Street or in the lab – and are a force that’s here to stay.

Though I couldn't be in Beijing today for the signing ceremony at the China World Hotel, I know Sonny Wu of GSR Ventures is grinning. His deal, LatticePower, has just raised $55 million from the IFC to continue its expansion and breakthrough designs for LEDs.
Venture capitalist Sonny deserves the credit. He has been running LatticePower as CEO, a necessary step since the founder is a physicist by training. He'd rather be in the lab than in front of a PC crunching numbers.
LatticePower is Chapter 12 in Silicon Dragon, by the way. Don't say that I don't identify these innovative rising stars from China early on!
Posted by Rebecca A. Fannin at 10:44 PM