Silicon Dragon Beijing 2011: "It's Great To Have A Bubble"

﻿﻿﻿﻿﻿﻿﻿﻿﻿﻿﻿﻿﻿﻿Is there a bubble in China venture investing? Sure. And who could be more upbeat about it than the leading venture capitalists in Beijing and Shanghai.

The seasoned venture investors who spoke at Silicon Dragon Beijing 2011 have survived dotcom meltdowns and market crashes in China and Silicon Valley before. They can spot the signs of an overheated market quite well, thank you. And they intend to score in this very hot market before the opportunities are gone.

“We’re in the midst of a bubble but a good bubble. It’s going to create a flight to quality,” added DCM general partner Ruby Lu. “The bad companies will lose momentum or die. The market will shrink to a small base of companies. (Beware, 1,000 GroupOn clones in China.) See Silicon Dragon Video of Beijing show.
Click:
http://www.youtube.com/watch?v=gXdQUNQCMpc

What are some tactics that astute investors are trying to ride the roller coaster of this highly cyclical business?
Read more at Forbes:
http://blogs.forbes.com/rebeccafannin/2011/05/30/china-venture-its-great-to-have-a-bubble/
Posted by Rebecca A. Fannin at 11:26 PM 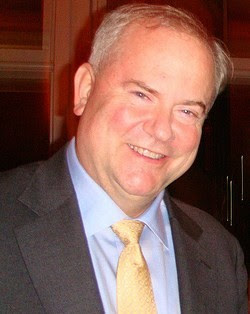 No one’s more eager to do a victory lap from investing in emerging Chinese companies than Qiming founder and managing director Gary Rieschel (see my photo). If he hurries, his timing may be good.

China venture is getting overheated and is bound to bottom out again in a few years. Rieschel noted there are “definitely sectors that are very hot.”

To read more of this post, please click Forbes link:
http://blogs.forbes.com/rebeccafannin/2011/05/18/china-venture-fund-rush-hurry-up-to-do-that-victory-lap/
Posted by Rebecca A. Fannin at 3:56 PM 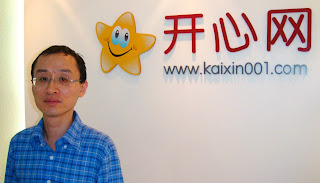 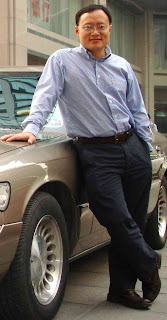 As shares of Joe Chen’s Renren began trading up on the New York Stock Exchange today, I couldn’t help but recall our interviews in Beijing a few years ago. Back then, he candidly shared his view of what it takes to win the Chinese Internet race.

“We gotta big faster than rivals, and we’re fairly fast in areas that really matter. We are land grabbing everywhere,” he told me. I also remembered him telling me about his supercharged approach to building websites: “In China, we just chunk it out. We just do it.”

As I went down memory lane, I could hear Joe telling me what he’d learned from reading investment books about such business legends as Bill Gates, Larry Ellison and Rupert Murdoch. He said then he was applying what he had learned from these masters to “buy companies of intrinsic value with a barrier to entry and then nurture them.” And, the biggest lesson he took away? “I want to make sure to have an ample supply of cash to do deals.”

Today, such strategies were rewarded as his Facebook-like Chinese startup Renren scored on Wall Street. Shares rose 28.6% above the $14 IPO price in the first day of trading. Now, having raised $743.4 million in the IPO, Chen certainly has the capital and resources to ride the China Internet wave as CEO of his newly publicly traded company.

In the lightning-fast China web scene, Renren has morphed into a social network powerhouse.
To read more at Forbes, click
http://blogs.forbes.com/rebeccafannin/2011/05/04/renren-ipo-puts-joe-chen-in-drivers-seat/
Posted by Rebecca A. Fannin at 12:19 PM