You don’t need a meter to gauge that after a two dry years, funds, deals and IPOs are springing up in the busiest season yet. How long will it last? Hard to tell, but I do hear echoes of the dotcom boom here.

Let’s count up the IPOs among the leading Chinese venture investment firms. Qiming Ventures has five Chinese portfolio companies in the cue to go public soon: ramped up car rental service eHi from Shanghai, dating site Jiayuan, online video programming PPLive, social networking service Kaixin001 and kids entertainment site Taomee. GSR Ventures has four IPOs in the works. DCM is geared up for the debut of China’s Facebook Renren on the NYSE, closely following last year’s listings of Dangdang and BitAuto. NetQin Mobile, backed by Sequoia GSR, Ceyuan and Fidelity, is in the lineup too.

The recent listings of WI Harper-backed data center deal 21Vianet on NASDAQ and Qihoo 360 on NYSE all add to the buzz.

Consider too the sizeable financings of Chinese startups. GroupOn clone Lashou raised $110 million from a group including GSR Ventures and Norwest Venture Partners. Read more of this post at Forbes.

Watch this space for more of what’s happening: Silicon Dragon Beijing, May 25, at Tsinghua Science Park. We’ll be talking big deals, IPOs and mega funds with a who’s who of China venture and startups in the busiest – if not the best – season yet.
http://silicondragonbeijing2011.eventbrite.com/
Posted by Rebecca A. Fannin at 11:46 AM

Big deals, winning IPOs and mega funds spring up in the busiest season yet for China venture. Join us for our Silicon Dragon Beijing event with our Who's Who of Ventures & Startups.
Posted by Rebecca A. Fannin at 7:57 PM

Just how many clone opportunities are left in China, now that the Chinese marketplace has copies of YouTube, Amazon, Facebook, Google, LinkedIn, eBay and yes, even Wikipedia (see my photo of founder Haidong Pan).

The latest cloning craze is localized versions of GroupOn. Consider that Lashou.com, a competitor to GroupOn in China, just raised the large sum of $110 million from venture investors.

Some white spaces do still exist for new categories, narrow niches or new local twists on the same ole thing. What’s surprising is how well some look-alikes have done in China despite getting a late start. What helps, of course, is that the big American Internet brands have crashed in China.


Read the rest of the post here at Forbes.com:
http://blogs.forbes.com/rebeccafannin/2011/04/20/whats-left-to-clone-in-china/
Posted by Rebecca A. Fannin at 1:07 PM

China and India are coming up fast as tech powers though a big gap still exists between these emerging markets and developed nations. That gap is bound to narrow over the next decade. Photo: Tsinghua Science Park, site of our Silicon Dragon Beijing program May 25: http://siliconasiainvest.com/2011Events.aspx
A new Global Information Technology Report by the World Economic Forum predicts that these two powerhouses will drive much of the growth in information technology over the next ten years. Out of 138 countries tracked and ranked by widespread use of mobile phones, Internet, personal computer as well as regulatory environment and IT infrastructure, China ranks 36th and India 48th. Among other high-scoring Asian countries, Singapore excelled in second place while Taiwan checked in at sixth, Korea came in at 10th and Hong Kong as 12th.
Take venture capital investment as another indicator of this balance of power tech shift. Last year, China and India accounted for 13 percent of the $37.7 billion poured into startup and emerging companies globally, according to Dow Jones Venture Source. For 2010, China investment was up 59 percent to $4 billion while India weighed in with a 14 percent increase to $895 million – higher than the 11 percent spike for the U.S. to $26.2 billion.
Patent applications are another trend pointer. Over the past four years, quick gains by emerging Asian nations have put this region at more than one-third of the word’s patent filings, statistics from the World Intellectual Property Organization show.
See my post in Forbes for more:
http://blogs.forbes.com/rebeccafannin/2011/04/15/tick-tock-goes-the-tech-clock-as-china-india-close-gap/
Posted by Rebecca A. Fannin at 1:47 PM 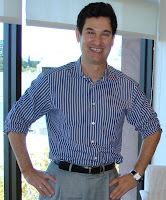 Any surprise that China plays a major role in the Forbes Midas list this year? All in all, three-quarters of the firms on the just-published 2011 rankings are backers of China startups and emerging companies. Ten of the 100 tech investors on the tally have done deals or overseen their firms’ strategy in China.
Jim Breyer of Accel Partners, who ranks tops with Facebook, is also the Palo Alto-based investor’s biggest champion for China deal making. He has led Accel’s deals and funds with Beijing-based IDG Capital Partners, a high achiever in China (think Qihoo 360, Dangdang, Baidu, Soufun, Ctrip, QQ).
Other scorers on the Silicon Valley heavy list who have shaped their firm’s China strategies:
To read more of this post, see my regular blog at Forbes:
http://blogs.forbes.com/rebeccafannin/2011/04/07/china-counts-in-the-forbes-midas-list/
Posted by Rebecca A. Fannin at 5:49 PM