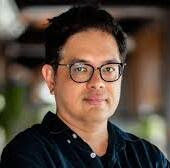 For our 19th Silicon Global Online episode, Ask a VC Anything, our featured guest was Jeff Paine, a founding partner at Golden Gate Ventures, which focuses on internet and mobile startups across a variety of sectors in Southeast Asia. In our conversation with Paine, we discussed hot spots for startups in the Southeast Asia region, his firm's wide investment span, and the changing dynamic for startup ideas in the US and China.

Investment Trends: Less Copying from US

Paine noted that he is seeing less copying of American ideas and more copying of Chinese ideas. This is a reversal of a trend that was in place a decade ago, when Silicon Valley-style startups were copied in China and elsewhere in Asia.

Chinese tech titans began entering Southeast Asia a few years ago, partly to expand in new markets but also as a reaction to growing tensions in the U.S. again China investment in tech startups and emerging companies with leading edge technologies.

Hot sectors right now include education and healthcare due in part to the acceleration of growth trends stemming from Covid-19.

Paine noted that he’s seen companies in places such as Brazil create businesses around groups on WhatsApp, the ubiquitous messaging app owned by Facebook that claims to support a whopping 2 billion users worldwide. He expressed surprise that we haven’t seen companies in specific countries formed around WhatsApp groups. He implored entrepreneurs to seize the opportunity to leverage WhatsApp groups.

As the country with the largest population, Paine sees Indonesia as the top regional market for startups. Vietnam is not far behind, as Paine was quick to note the country’s impressive Covid-19 response and large population of Korean expats who help to keep the economy buzzing. Paine called Vietnam the most dynamic country in Southeast Asia.

Golden Gate Ventures’ focus on Southeast Asia extends to Singapore, Indonesia, Malaysia, Thailand, the Philippines, and Vietnam. But the firm also invests in companies from Hong Kong, Taiwan, Japan, Korea, and the U.S. if their businesses can tap Southeast Asia.  Startups across a wide variety of mobile and internet sectors that have expansion potential in the region are favored.

Golden Gate Ventures invests at the Seed, Series A, and Bridge rounds, with typical investments ranging from US $1 million to $5 million. Co-investors are welcomed who can add value and are open to leading or following other investors in the round.

A Wide Scope of Market Sectors

Jeff Paine is a Co-founder and Managing Partner at Golden Gate Ventures, an early stage technology venture capital fund based in Singapore investing in internet and mobile startups in Southeast Asia. Golden Gate Ventures has over $175 million under management and has invested in 35 companies since 2012. Jeff is particularly interested in startups in fintech, consumer internet, marketplaces, mobility, education, healthcare, greentech, B2B SaaS and content distribution platforms.

Paine is a Singapore native and holds a Bachelors of Business Administration (Information Systems) from the University of Southern California in Los Angeles.

-- Submitted by Mike Weiss, a contributor to Silicon Dragon