Ask A VC: 8 Takeaways from Han Shen of iFly.vc 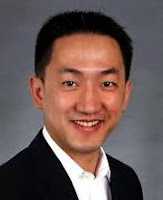 For our 18th Silicon Global Online episode, Ask a VC Anything, our featured guest was Han Shen, a founding partner of micro VC iFly.vc, focused on investing in underserved demographics. In our conversation with Han, we discussed how his portfolio companies are doing in light of Covid-19 and US-China tensions, lessons learned from applying Chinese business models to the US startups in his firm’s portfolio. We also delved into Shen’s journey to becoming a VC, and highlights from his career in VC, investing recently raising a second fund of $50 million.

The venture firm’s U.S. portfolio company, Asian e-grocer Weee!, is applying business models from large Chinese e-commerce company Pinduoduo. One key lesson was how Pinduoduo, during its early growth, mobilized users on social networks like WeChat to sell deals and form group buys. Weee! applied this formula to scale its user base in the U.S. Net-net, Weee!’s user acquisition costs are 80% less than its peers in the online grocery space. Additionally, the CEO of Weee! went to China to study the practices of five top online grocery players, and took a lesson on how to avoid a fast cash burn.

You can always revisit a turned down deal, for better
Shen’s diligent studies of the grocery business globally since 2014 led to his eventual investment in fast-growth Weee! Shen had initially turned down investing in startup in 2016 due to concerns over how it could scale with a model of mobilizing individuals in different neighborhoods to collect orders and distribute.
But within two years, Weee! had pivoted to an end-to-end vertically integrated model.  Moreover, the founders had putting all their financial resources into keeping the company alive. In December 2018, iFly.vc signed on as a sole investor. Fast forward to now, and Weee! is cash flow positive with a positive quarter in Q2 2020. Weee! recently closed a $35 million Series C round led by DST Global.

Research, research before pulling the investment lever
As a team member at Formation 8, Shen met with Oculus and was initially not all that won over by its technology. But earlier in his career at Vantage Point, he had done a study on 3D TV’s, and learned about the tech stack and road map of the 3D space. He was able to see the value in Oculus and pushed for an investment in Series A and B. The investment ended up returning around $200 million back to the LP’s.

·       Impact of current US/China tensions
The firm focuses on consumer plays in the U.S., so its business and decision-making does not go into highly sensitive areas that are exacerbated by the geopolitical dispute of the two global superpowers.

·       Covid-19 era offers opportunity to outperform
“In a financial crisis, it’s about how much how much disposable income disappears for the time being. But the flip side is that it gives the chance for companies that can outperform the competition to address the needs of the consumer demand. It’s an incredible window to stand out and outperform.”

·       Walk the Deal Before Signing
Fundraising and deal making for the firm’s second fund during Covid-19 has been difficult and slower. Shen’s preferred method for meetings currently is taking long walks with social distancing and masks on so he can really get to know who he’s working with. Many LP’s re-upped from Fund 1, and some commitments came in without an in-person meeting (a first for the VC firm).

·       Persistence Pays Off in Raising Capital
Shen reached out to more than 300 investors in raising his first micro fund for iFly.vc.  He shares this experience with his portfolio companies when pitching isn’t going well for them. This fund-raising experience was a factor in iFly.vc’s thesis to build a concentrated portfolio, where the team can truly afford to give time and bandwidth to the founders they invest in.

·     The right LPs can contribute $ plus time and expertise

The LP’s behind iFly.vc’s Fund 1 and Fund 2 have provided immense value to the venture firm and its portfolio companies. The micro-VC raised funds from a combination of family offices and high net worth individuals. Most of these investors are successful entrepreneurs including founders from Palantir and Tencent. If you put all the LP’s together who invested in iFly.vc, their collective market cap would be $900 Billion. Shen is able to ask his prestigious LP’s for their valuable time and organizes intimate office hours between the LP’s and iFly.vc’s portfolio company founders.

Han Shen’s career in venture capital started in 2009 and has spanned at VantagePoint and Formation 8, where he was the first hire on the investment team and was a driver of the firm’s investment in Facebook-acquired Oculus.  Earlier, he held venture investment consultant jobs at Mohr Davidow and ARCH. Previously in his career, Shen was a technical leader at Rohm and Haas Co. where he developed four patents. In 2016, Han became a founding partner at iFly.vc, which he describes as a micro VC that goes after underserved communities.
A fun fact about Han, he has his pilot’s license!
Shen holds a BS in Chemistry from Nanjing University. In the U.S., he has an MS and PhD in Chemistry from the University of Chicago, and an MBA from Wharton.