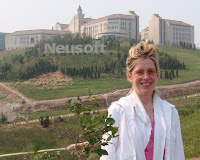 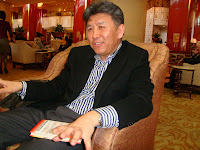 $1 Billion and Ambition
What China is doing to become the world’s outsourcing giant
By Rebecca Fannin
Forbes, March 18, 2010
The chief executive of VanceInfo, Chris Chen, had no qualms in telling me that he wants the business he founded in 1995 to “become the biggest outsourcing firm in the world.” We met between flights at Beijing’s airport. He is on this way, counting Microsoft, Hewlett-Packard and IBM as clients.
He’s not the only one advancing China’s push into the vast, varied outsourcing market. In northeastern China’s industrial city of Shenyang, I recently met with Liu Jiren, the CEO of Neusoft – the largest Chinese outsourcing company with $540 million in revenues, 15,000 employees and 8,000 corporate customers, the majority of them in China and nearby Japan.
China offers a large talent pool of skilled workers who can handle both basic jobs such as processing insurance claims and mortgage loans to more technically advanced information technology jobs. Its outsourcing firms position their services for both local as well as international companies. One big selling point: cost. Compared with India, pricing for this labor is generally 30% less.
Then, there is ambition. China’s quest to lead the outsourcing ranks has no match. Name another country in the world that would craft a plan to spend $1 billion in subsidies, incentives, and training like China has in outsourcing. In grand fashion that recalls successive five-year government plans, this project seeks to develop 1,000 vendors, attract 100 multinational customers and foster the growth of 10 hubs nationwide for outsourcing. The goal is to create 1.2 million jobs in China by 2013.
China’s disadvantages compared with India are real, though. First, India has a natural advantage with English language skills. Secondly, India is typically considered less risky when it comes to intellectual property protections. India also has an edge in managerial skills to tackle more high-end, technical projects.
Last year, the Mainland’s outsourcing market grew by 25% to reach $25 billion in revenues, according to Chinese government statistics. That’s a fairly sizeable chunk compared with the $60 billion and 16% growth rate that industry association NASSCOM pegged for India in 2009.
China has the opportunity to surpass India in outsourcing in a couple of ways. Infrastructure is one. The Haidian tech district of Beijing is home to several challengers, all with the suffix “soft” in their name -- Beyondsoft, iSoiftstone, ChinaSoft – headquartered in modern office parks that resemble the finest in Silicon Valley. In Shanghai’s Zhangjiang Park, state-of-the-art facilities can be found in structures built to resemble a modernized version of Versailles, complete with moats and landscaped gardens (plus sports facilities, too). The scale of these zones is far larger than those in Bangalore, home to Infosys and Wipro.
But China needs to develop a global reputation for outsourcing. It’s a factor that Neusoft CEO Liu readily acknowledges, and one reason why he’s initially focusing on getting customers closer to home. Chinese outsourcing vendors rely on a large percentage of their work within the region or domestically – unlike India which derives the bulk of its business from abroad.
Currently, any manager at a multinational company looking to outsource work to China would face challenges in navigating through all the options of firms, locations, pricing and specialties. It takes on-the-ground insights to figure out, for instance, that Nanjing is making a claim as one of the country’s most promising biomedical hubs for outsourcing of pharmaceutical research and development and clinical trials. That’s in spite of outreach efforts.
Last May, municipal officials staged a welcoming ceremony for a group of investors, biomedical experts, entrepreneurs, technologists and real estate developers – even a doctor from Mayo Clinic – to witness the establishment of a biotech center in a city software park.
Later the group toured a lab that is standardizing herbs for use in Chinese traditional medicine, the facilities for an animal testing lab (still empty) and met with Gian Gao, dean of the Nanjing University’s School of Medicine and a professor at Yale. Chuck Zhu, CEO of a NJ PharmaTech, a startup that moved from New Jersey to Nanjing to do contract research here, beamed as he showed the delegation his new office space at the biotech zone.
Former Chinese government official Roc Yang, who today leads Beijing-based China Data Group, an outsourcing firm that specializes in financial services, is leading the charge for Chinese outsourcing firms to develop a unified voice and higher profile. He and others in the business would like China to have an industry-wide association like India has had for years with NASSCOM.
It will take some time before China gains the spotlight in outsourcing, but its rapid rise is just one more sign of the Dragon’s power.
Posted by Rebecca A. Fannin at 4:31 PM