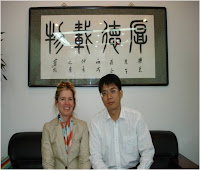 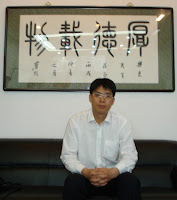 Bokee is all about drama and its finale appears to be equally so. It is the first of the dozen-plus Chinese startups I profile in Silicon Dragon (McGraw-Hill, 2008) that hit financial troubles so severe it can't go on. This is in spite of determined efforts by founder Fang Xingdong--one of China's blogging pioneers--to make it over the past three years. Now employees are going unpaid, and the venture capital investors who once supported Bokee with $10 million are forced to exit without a financial return.
Bokee was once China's leading blog-hosting company, but lost its edge to Chinese web portals such as Sina. Like many blogging startups, it never made money.
In Silicon Dragon, I wrote of deep financial trouble and management turmoil at the startup. I also chronicled the trials of the independent-minded founder as he was outsted by his board as CEO in late 2006 and then fought his way back to the top, only to lose most of his management team a few months later. See www.rebeccafannin.com.
Credit goes to Fang Xingdong for continuing to tough it out despite forewarnings by his investors that the cash was going to run out by the end of 2007. In 2006 alone, Bokee lost $4 million.
For the record, Bokee's investors are Granite Global Ventures, Mobius Venture Capital, Bessemer Venture Partners and Softbank Asia Infrastructure Fund.
They once had high hopes that Bokee would be a NASDAQ star like some of the earlier Internet startups (think Baidu) from China. Now it's a write-off.
And now, Xingdong can turn his full attention to running Chinalabs, the incubator he co-founded during the Internet bubble to nurture startups. He is bound to have lots of entrepreneurial lessons to tell the next generation of web 2.0 leaders.
Posted by Rebecca A. Fannin at 2:47 PM