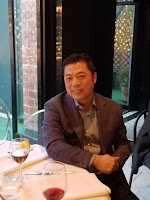 For this 32nd episode of Ask a VC Anything, our featured guest was CatchLight Capital Partners founding partner, Wei Jiang. In this wide-ranging discussion with Silicon Dragon’s Rebecca Fannin, we covered the early days of Alibaba and Ebay in China, Wei’s insights into the growing tech rift between the U.S. and China, and how CatchLight is in the thick of U.S.-China tech investing.
See video replay of our April 28, 2021 show.

Laying the Ground
Tighter restrictions on foreign investment in the U.S. led to the creation of CatchLight. As a start, the firm absorbed 12 tech startups in the U.S. portfolio of Chinese VC firm ZhenFund, which is no longer actively investing in America.  CatchLight also has raised a fund to invest in emerging technology companies in the U.S., and those Chinese-invested U.S. companies impacted by the regulations.

U.S.-China Cross-currents
CatchLight’s new fund primarily handles secondary transactions, delving into restructuring cap tables for portfolios with Chinese venture investors. This should keep him plenty busy. Wei  noted that the Rhodium Group estimates that close to 3000 U.S. tech startups have Chinese investors, and the technology sector represents the lion’s share of investment in the U.S. from Chinese funds.

Focal points
CatchLight typically acquires assets in a bundle but also does primary investments. Having raised an initial $30 million fund, Wei is targeting investment in U.S. companies, primarily those that can leverage his social capital and experience in China. He doesn’t expect to invest in China. Wei predicts more restrictions will be coming for Chinese venture investors in the U.S.

Big Successes and Hot Areas
Wei has one unicorn in his portfolio, and he says two are on the way. One of CatchLight’s stand-out investments is Dandelion Energy, a fast-scaling U.S. home geothermal energy startup that provides heating and cooling as an alternative. Wei drilled deep into what will be the hottest sectors in the coming years: traditional ecommerce as well as newer social, community, and neighborhood ecommerce. Other areas are education, social, mobile payments, and short form videos.

eBay v. Alibaba - 2000’s
When Wei was VP of Category Management at eBay from 2004-2006, eBay was the giant with a hefty amount of capital and Alibaba was small and nimble. Alibaba ultimately won the market, while eBay stumbled. Wei notes that US companies have gained experience in the Chinese market, and pointed to Uber and Airbnb as examples of China launches with fewer errors.

Bio:
Wei is an early-stage venture partner in Silicon Valley. He has built successful startups in both Silicon Valley and China. Wei has held senior executive positions at leading technology companies including Google, eBay, Intuit, and GE.
His venture fund, CatchLight Capital Partners, is focused on cross-border investment opportunities in tech startups. One of its specialties is to restructure companies’ cap tables to avoid compliance issues.
In mid-2019, he founded Momentor Ventures, an early-stage fund helping entrepreneurs from Silicon Valley and beyond, with a focus on cross-border advising and connecting Xooglers and Stanford grads.
Previously, Wei was a venture partner at ZhenFund for three years until the end of 2019. From 2010-2016, he was also a CMO at Google China.
Wei has a BA in Information Systems from Peking University, his MBA from the William E. Simon Graduate School of Business Administration, and his MS in Medical Statics from University of Rochester.