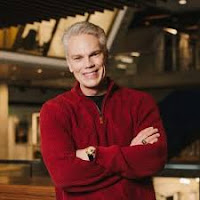 For this edition of Ask a Tech Titan Anything, our featured guest was Brad Smith, executive chairman at Intuit and co-founder of The Wing 2 Wing Foundation. Our conversation covered Smith’s leadership principles for success, design thinking, and his view of  the four disruptive technologies of the future.

Leadership Principles
Smith remarked that he has never written a line of code in his life, but he has been successful as a company leader by setting a grand challenge and creating a space for employees to do their best work. Here’s how Smith defines leadership:

·       Ability Leadership is a learned trait, everyone can be a leader.

·       Inspire is about winning the heart. When people are passionate about their work, they do amazing things for their customers.

·       Others A leader’s orientation is not about themselves but is in service to others in the organization.

·       Shared Objectives Think about the greater good, not just things in a particular area or team.

At Intuit, design thinking is taught to all 11,000 employees through a formula called Design for Delight. On any given day, some 1,800 experiments are going on throughout Intuit.

Design thinking is about learning by doing and eliminating the false notion that you can research your way to a great business, he said, pointing to its basic elements:

·       Deep customer empathy – It’s about direct observation and analyzing data to get underneath the “why?” and to develop a solution for customer problems.

·       Go broad to go narrow – Taken from the Toyota system in Japan, come up with seven completely different ways to solve a problem to eliminate “group think.”

·       Rapid experiments with real customers – Teams develop a hypothesis with a measurable metric, create an experiment that can get to market in 48 hours or less, and then come back with real data to determine if their metric held up or not.

Down Time
Smith highlighted an experimentation culture at Intuit. Modeled after Google’s 20% policy, all Intuit employees are given 10% unstructured time to run experiments for new problem-solving ideas. As CEO, Smith funded all winning experiments for 90 days to get them to the next stage of their business.

Four Disruptive Technologies
Smith sees four disruptive technologies that will be catalysts for the future. He outlined the skills needed to succeed with these technologies will be in cybersecurity, data privacy, and data stewardship principles.
AI (machine learning, knowledge engineering, and natural language processing)
Biotechnology (pharmaceutical, environmental, agriculture)
Internet of Things and edge computing
5G

Digitization for All
You don’t have to be an engineer to be a part of the digital economy. Digitization will shape all companies into becoming technology companies.

Almost Heaven
“Everything I’ve ever been able to achieve is because of you,” Smith remarked in talking about his home state of West Virginia. He also praised his alma mater, Marshall University and its mantra, “We Are Marshall.”  Smith is investing in his home state and in the university to bring about an entrepreneurial culture.

Eyes on China
Although Intuit isn’t in China as a company, Smith looks to China as a source of inspiration for new ideas. He said China is producing results that cannot be ignored and the U.S. needs to recognize what’s happening and use these learnings to continue to make strides in innovation. A decade ago, in his travels to Asia, Smith would see Silicon Valley ideas being replicated. Now in Asia, especially in China, he sees design thinking being applied to create their own big successes.

Purpose – A mission or shared goal gets everybody thinking about “looking out the windshield instead of down at the dashboard."

People – Team players are worth more than great players

Playbook – A methodology or playbook is needed so everybody in the organization can be taught it and be expected to apply it daily.

Pay it Forward – Take what you found and leave it better than you found it, whether it’s your company or your community.

Brad D. Smith is Intuit's executive chairman and is chairman of Nordstorm's board of directors as well as a board director of SurveyMonkey. Smith led Intuit’s transformation from a North American desktop software company to a global, cloud-based product and platform company. During his 11 years as Intuit’s CEO, he nearly doubled the company’s revenue and increased its stock price more than 500% while Intuit received several awards for best places to work. In 2018, he co-founded The Wing 2 Wing Foundation with his wife, Alys. The organization’s goal is to advance the great equalizers of education and entrepreneurship in underserved regions. Smith received his BA in marketing from Marshall University in 1986, followed by his MA in leadership development from Aquinas College in 1991. He resides in Menlo Park, CA.