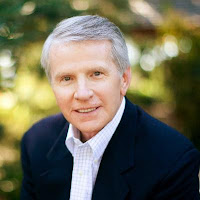 For our special edition of our Ask a VC Anything series, held during our Silicon Dragon CES 2021 event, our featured guest was GreatPoint Ventures’ Ray Lane. We had a wide-ranging chat with Lane, the former Oracle COO turned venture capitalist.  Among other takeways, Lane believes that Silicon Valley has peaked. See more takeaways below and video highlights here.

Silicon Valley Has PeakedAbout half of GreatPoint’s portfolio companies come from outside of Silicon Valley and Lane expects that number to only go up. Lane notes, “I think we’ve seen the peak of number of companies that become successful out of Silicon Valley.” There are new innovation hubs all across the country. Lane cites Austin as foremost but also New York, Pittsburgh and Chicago as places where next great companies are coming from.

Bringing Operating ExperienceLane brings many years of operating expertise as a top executive at large company Oracle and 12 years consulting with Fortune 500 companies at Booz Allen Hamilton. From his vast experience in several facets of the business world, Lane distills his operating experience right down to the entrepreneurs within GreatPoint’s portfolio companies.

Consequences of Being Too LargeGreatPoint Ventures, based in Silicon Valley, is investing from its third fund, currently being raised at $350 Million with a cap at $400 million. Prior funds starting from 2015 were $210 million and $300 million. Lane said he made it a point to not make the fund too large. He says that becoming too large of a fund forces you to delegate too much. When a venture firm gets too big, it is not able to operate at its best, he said, noting that a small group of people at his firm well understand how to pattern match and what to find.

Covid, Covid, Covid
GreatPoint is making investments remotely in this Covid world without face-to-face meetings, although Lane notes that the firm’s partners are now doing more due diligence on potential deals than before. As an entrepreneur-first firm, GreatPoint spends a lot of time to get to know the founders. GreatPoint would rather have a “good idea led by a great entrepreneur, than a great idea led by a good entrepreneur.”

Alternative Meats Are Here to Stay
As the first investor in Beyond Meat in 2011, Lane has been involved in the alternative meat market way before it became more mainstream in recent years. Lane visited Beyond Meat founder Ethan Brown in his lab at University of Missouri in 2011. After seeing the process of how proteins can be made into meat-like textures, Lane knew it would be a big deal. He is a member of Beyond Meat’s board. Lane believes that in 10 years, plant/lab-based protein delivery will dominate.

Find the Villain
With the success of GreatPoint’s Beyond Meat investment, Lane and GreatPoint stumbled upon an investing theme. It is based around finding a “villain”. In the case of Beyond Meat, the villain is red meat. GreatPoint has set out to find other “villains” to root out. Another company GreatPoint invested in is MycoTechnology. In this case the “villain” is sugar, for obvious reasons. MycoTechnology uses sugar reduction technology through mushrooms to trick your taste buds into thinking things are sweeter than they are. It will be exciting to see what other villains Ray and GreatPoint can defeat.

Ray Lane is currently the Managing Partner at GreatPoint Ventures, an early-stage VC firm founded in 2015 by entrepreneurs and operators solving problems around enterprise, healthcare, bio-tech, and food.
Prior to GreatPoint, Ray was the President and COO at Oracle for 8 years where he was a major catalyst for the company’s success during his tenure. Ray was then a Managing Partner at Kleiner Perkins Caufield and Myers. Lane serves as the chairman of the board of trustees of Carnegie Mellon University, where he earned an engineering degree and MBA.  In 2010, Lane funded CMU’s Computational Biology program, with a mission of developing computational cancer research.
Lane is also supporting his alma mater West Virginia University, where he earned his BS in mathematics. With his wife, he funded and named WVU’s Department of Computer Science Electrical Engineering, which has flourished into a program graduating around 500 students a year. More recently, Lane founded the Lane Innovation Hub at WVU. The hub is dedicated to advanced manufacturing and is open to high school students. Lane’s hope is that the hub can expose students to engineering in a life-changing way.