Venture capitalist Tim Chang says 2012 may bring a “return to normalcy” for deal making in China. But he’s not ready to predict yet whether deal makers will “reach for the bottle or take their medicine” now that the bubble has popped in an overheated China venture market.


“In 2010, the market was overheated, everyone was drinking the kool-aid and pumping it by the gallon. The story for every deal was ‘it doesn’t matter if your startup is profitable, just get revenue doubling every year and we will take it public, and we can worry about getting profitable later.’ 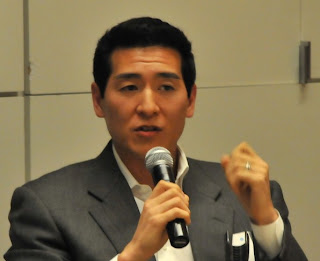 Read more at my post at Forbes:
http://www.forbes.com/sites/rebeccafannin/2012/02/01/china-vc-hangover-reach-for-the-bottle-or-the-pills/
Posted by Rebecca A. Fannin at 6:23 PM