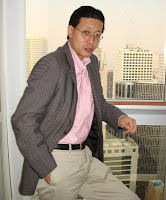 What’s up with Kleiner Perkins in China? While Sequoia Capital China continues to score one IPO after another on NASDAQ and the NYSE, Kleiner struggles in China.
Just this week, Sequoia saw the listing of Beijing portfolio company Qihoo 360 Technology, its ninth IPO of a Chinese company since July 2010.
How about Kleiner? Sure, the firm has seen listings on the Hong Kong Stock Exchange, but there aren’t any high-profile IPOs in the states for several years. Yes, Kleiner counts such trophies as Baidu, Alibaba, Focus Media and Hurray, but that’s going back to 2005. AND, these deals were under the watch of TDF Capital, which formed an alliance in 2007 with Kleiner to set up KPCB China.
The same story goes for acquisitions or portfolio companies. Portfolio company CGen was sold for $168 million to Focus Media, but that deal dates back to late 2007. And last year, portfolio company United Automobile Association was sold but that was to Legend Holdings, whose venture firm Legend Capital had earlier invested in UAA.
Meanwhile, partners have continued to defect from the Kleiner team in China.
See more at Forbes post:
http://blogs.forbes.com/rebeccafannin/2011/03/31/sequoia-scores-in-china-while-kleiner-fumbles/
Posted by Rebecca A. Fannin at 6:29 PM