Why India doesn't have a Baidu--and May Not Ever 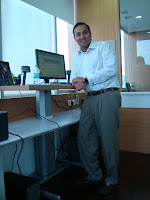 I remember venture capitalist Sumir Chadha telling me that he had just made his best business decision. That was back in 2006 when he merged his young firm Westbridge Capital Partners with the well-known tech investor Sequoia Capital.

The move certainly did jump-start his career as India’s premier venture capitalist. But now that Chadha and his core team of three partners have split from Sequoia Capital India to focus on investing in public companies, the break-up spells a new era not only for the Goldman Sachs-trained investor but also for venture capital in the subcontinent market.

India does not yet have a Baidu or Alibaba – two of the most successful among dozens of Chinese startups that have gone public. And the odds for India startups to fly high are slimmer now that one of the most experienced venture teams in India is shifting to PIPE (private investment in public equity) deals. Their reasoning? Why do venture when you can invest $10 million like Sequoia did in late 2008 in Nagarjuna Construction Co. and get $23 million in six months. Sequoia Capital India has made at least seven PIPE deals.

Venture deals in India take a much longer runway and only one startup has generated a return that could measure up to China – though the promise still remains. As five remaining managing directors take over at Sequoia Capital India, it’s not going to be business as usual at India’s leading venture firm and its portfolio of 94 tech, consumer, financial, healthcare, energy and outsourcing deals.

Could the same thing happen at Sequoia Capital China? Not too likely. But keep in mind that founding managing partner Neil Shen has trended from venture investments in startups to larger funds for fast-growth emerging companies. He’s also done some PIPE investments – just like the India team under Chadha’s leadership.

My reasoning why it won’t be repeated in China? Investment returns in China startups have far outperformed those in India, and many more young Chinese companies are set to go public this year.

Read more in my blog for Forbes:
http://blogs.forbes.com/velocity/2011/02/17/why-india-doesnt-have-a-baidu-and-may-not/