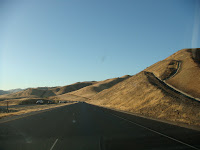 It’s taken a long time, but Silicon Valley has finally taken off its blinders and recognized that there are other tech clusters out there. Today, nearly every venture capital firm along the famed Sand Hill Road is in China, India – or both. Bring up the topic of Asia tech today in the Valley, and it’s no longer an instant conversation stopper.
It’s with good reason that Valley investors are no longer in denial. Chinese and Indian startups offer venture investors an opportunity to cash in big. Over the past four years, 14 Chinese tech startups have gone public with market valuations of more than $1 billion on the NYSE, NASDAQ and the Hong Kong Stock Exchange. That compares with 11 tech startups in the same league from the U.S. India, meanwhile, is coming up fast, with recent bull runs and acquisitions of its Internet and mobile communications startups.
Venture capitalists may be optimists but they look at hard numbers to gauge where to place bets. An analysis recently shared with me by a top-tier venture firm made this telling point: it takes 12 times more dollars and five times more deals to generate the same investment returns from U.S. startups as it does with China startups.
Talk of Asia tech is no longer a turn-off in the Valley for another key reason – China and other Asian upstart nations are emerging as innovation powerhouses. Consider that China moved to 6th in the world in 2008 – up from 10th place just three years ago -- for the number of new patents applications, with a Chinese company, Huawei Technologies, in the lead spot last year among all corporations globally. Moreover, India too is in the running, and already ranks third among developing countries on the patent scale.
So it’s little wonder that these two giant Asian economies also capture the bulk of venture capital investment in Asia. In fact, China weighed in with 41 percent of the $23 billion that venture capitalists invested in the region last year, while India captured 38 percent.
Now I’m not saying that Asia has a lock on future innovation. Far from it. In fact, the U.S. still reigns as the biggest patent force in the world – with about one-third of all new patent applications. And the U.S. remains the biggest venture investment market globally, too – with nearly $29 billion invested in startups businesses in 2008.
But as innovation goes global, the U.S. lead is being chipped away. Suddenly, the talk is about whether Silicon Valley still has “legs.” Sure it does, but America’s share of global investment has slipped to 68 percent of $42 billion in 2008, from 71 percent in 2005.
The venture capital business in the U.S. now faces a low point. Investment returns have dropped by 58 percent, as few startups go public or get acquired in the tough economy. Venture firms are downsizing, and the industry is in meltdown as fewer players can raise new funds – with their own investment backers such as the giant pension funds struggling with massive declines in net assets.
The silver lining of this downturn is that it’s a good to invest. Microsoft and Apple came out of the mid-1970s recession, and major new tech brands will emerge from this bleak period too. Just don’t be too surprised to see some of tomorrow’s new brands developing from China and India.
China and India already have passed the copycat stage – where Chinese and Indian versions of eBay, Google, Monster, Yahoo, Amazon, Travelocity, Facebook and MySpace were launched. China’s trading site Alibaba and the $3,000-priced Tata Nano car are but two examples of Asian brands that have global impact. Now, investors from Silicon Valley are looking not just to the U.S. tech hotspots but also China and India to generate the next double-digit investment returns – from clean tech and biotech to new types of ‘killer aps’ on mobile phones.
The stakes are high. Just consider this one fact alone: superstar startups Microsoft, Apple, Google and Starbucks created 10 million jobs for the U.S. economy. Today, technology from China and India is an engine of their own nation’s growth – one more indication of a shift in economic power to the east. – Rebecca A. Fannin
Posted by Rebecca A. Fannin at 5:42 PM